You are browsing the site archives by date.
02Aug 2016 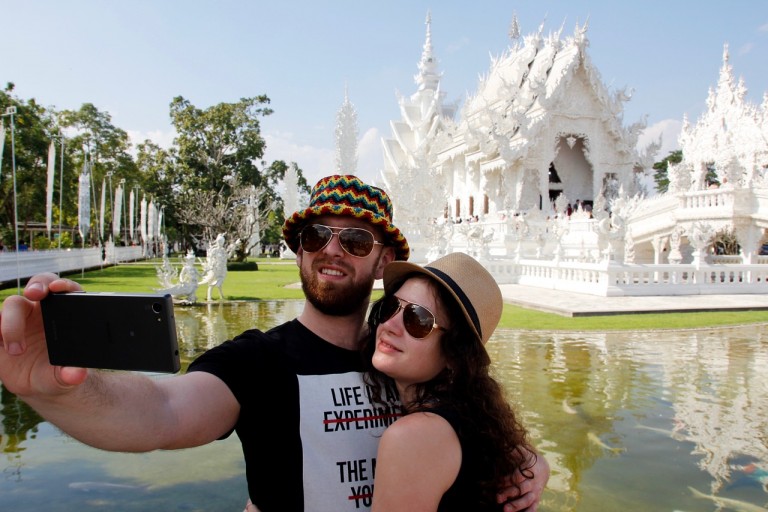 Chang Mai has a lot of temples to see!

Chang Mai is a wonderful small city in the north of Thailand. Close to the Golden Triangle it is a very different Thailand to the bustle of Bangkok or the laid back (or hedonistic, depending on your experience) beaches of Thailand. Chang Mai is a place of more traditional Thai culture and cooking and is a laid back and thoroughly enjoyable place.

One of the main attractions to Chang Mai is the history. There are many temples and old buildings of significance to explore right in the city or a short distance away. Its a great place for day trips.

Food is another attraction as Chang Mai has its own distinct style of cooking, being so far away from the sea like many other places. The food in Chang Mai tends to be very fresh and also incredibly cheap. Indeed prices for many things like street food or massages is significantly less than elsewhere. Half hour massages can be had for 100 baht.

There is a wonderful night market in the centre of Chang Mai that is great to explore with kids. Theres lots of wonderful food and things to see. While it can be a bit touristy lots of it is still for locals, who are the majority there.

Theres also some great cooking and massage schools if youre interested in learning Thai cooking or Thai Massage. The cheaper living in Chang Mai means that you can go to a week long course if you want. Theres plenty of schools to choose from, and different course lengths.

I found Wikitravel’s Chang Maipage a really good source of information and ideas.

In Chiang Mai, your money can stretch pretty far, and a lot further than many of the other popular cities in Thailand like Bangkok and Phuket. Not only is it cheap, but because it is such an expat focused city, Chiang Mai has plenty of modern, clean and cheap hostels.

The best hostels in Chiang Mai are to be found in the old part of the city. There’s loads scattered around and getting around by foot isn’t difficult. You can read some Chiang Mai hostel reviews here to help you find a place to stay.

Most people will fly into Chang Mai from Bangkok, which takes about eighty minutes. The airport at Chang Mai is small and close to the city taxis are easy and safe to use to get between them.

Theres a number of international flights from Chang Mai if youre flying into Thailand from neighbouring countries like Laos.

You can also take the train, which takes about 13 hours from Thailand. There are day and overnight trains and this option can be significantly cheaper than a flight although tickets can be hard closer to departure as travel agencies will buy large blocks of them to resell with a markup.

You can check out my getting around post for a bit more discussion on transport.